Home > About IPA > Board > Imants Tillers
About the
- Design -
Competition 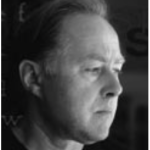 Imants Tiller is a member of the Board of Immigration Place Australia. Born in Sydney in 1950 of Latvian parents, Imants’ degree in architecture from the University of Sydney (1969 – 1972) ran parallel to an interest in installation and conceptual art and offered him the opportunity to assist Christo and Jeanne-Claude in the wrapping of Little Bay in Sydney in 1969.

Tillers is now one of Australia’s most internationally successful contemporary artists. He represented Australia at the 1986 Venice Biennale, won the Grand Prize at the Osaka Painting Triennial, Japan, 1993, and in 2006 was the subject of a major retrospective at the National Gallery of Australia.

Recently he was included in the landscape-themed Australia at the Royal Academy, London, and a collaboration with Michael Nelson Jagamara was displayed at the Musee d’Aquitaine, Bordeaux, France, 2013.