Home > About IPA > Board > Graham French
About the
- Design -
Competition 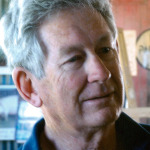 Graham French is the Vice Chairman of the Board of Immigration Place Australia. As a graduate of architecture he began his career in Canberra working for Commonwealth Works.

He spent nine years at Leightons where he held several roles including Project Manager, Managing Director of Leighton Property Pty Ltd, and General Manager Australia of Leighton Project Management, Technical Services Division. Between 1980 – 1983 Graham was Deputy Director General of NSW Department of Housing, and between 1992 – 2000 he was the Chief Executive Officer of Bovis Australia.

He has consulted to various organisations including Rawlinsons and the Molonglo Group, and has been a member of many professional and community boards and committees including the Property Council, Rotary and state and national sporting organisations. Graham French has been a key driver in the development of the Immigration Place project.