Home > About IPA > Board > Gianni De Bortoli
About the
- Design -
Competition 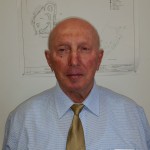 Gianni De Bortoli is a member of the Board of Immigration Place Australia and initiated the establishment of this project. Born in the Venice area of Italy in 1937 he migrated to Australia on the “Orealla” in 1959.

He returned to Italy some years later and married his girlfriend Rositta, and they raised four children in Australia. Gianni principally worked on the Snowy Mountains Scheme as a model maker in the Cooma Fluid Mechanics Laboratories.

In his retirement, he reflected on the contribution migrants have made to Australia and felt that ‘immigration’ should be recognised in a significant place in our national capital. He became one of the founders of this project and has maintained his enthusiasm for Immigration Place.